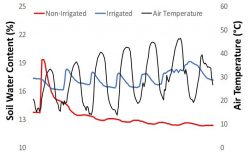 Heatwaves can have a significant impact on grapevines, scorching leaves and decreasing growth and yield. Grape growers deploy various strategies to protect their vines during extreme heat events which can include spraying canopies with “sunscreen”. Although these strategies have merit, they often involve investment in additional infrastructure or are laborious to employ.

Another strategy involves maintaining a healthy soil and ensuring soils are irrigated to field capacity at critical times during the growing season including prior to a heatwave event. This strategy has added benefits in that it uses existing irrigation infrastructure. Additionally, healthy soils also lead to healthy vines and increased crop quality and yield.

Recently, through the Wine Australia Riverina regional program the NSW Department of Primary Industries commissioned Edaphic Scientific to install a series of phyto-monitoring stations at vineyards near Griffith in the Riverina district of New South Wales. The primary aim of the phyto-monitoring stations was to monitor grapevine sap flow and growth during the heatwaves of the 2017/18 growing season. Soil volumetric water content and temperature were also monitored across the vineyards (Figure 1). 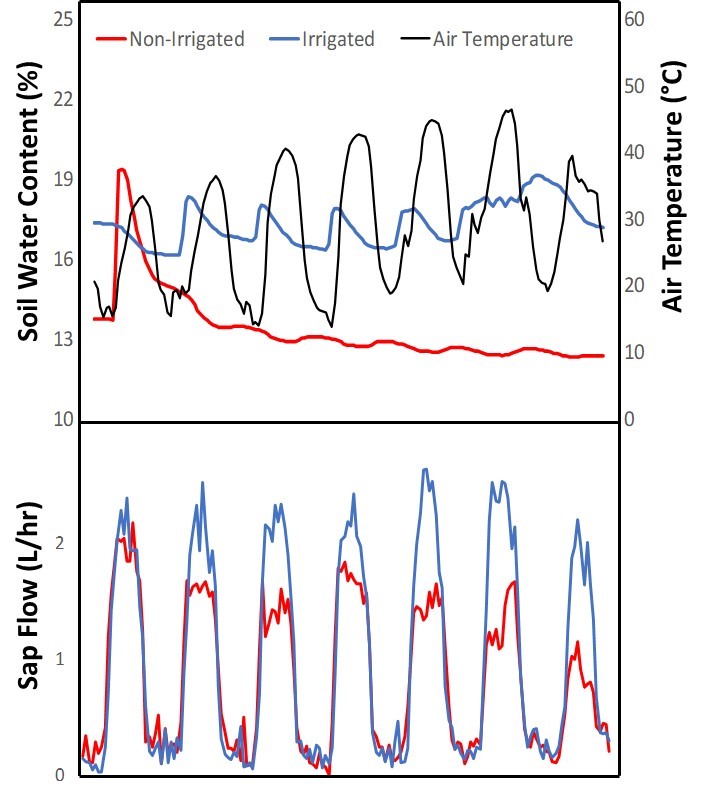 Although more research and analysis is required, preliminary results from the phyto-monitoring system over last summer’s heatwaves events suggest that maintaining high soil water content particularly in heat sensitive varieties can be a simple management strategy for growers to assist their crops through extreme weather events.

It is intended for the phyto-monitoring stations to continue monitoring grapevines and soil moisture through the 2018/19 growing season. The information these monitoring stations provide can be invaluable for growers to maintain, or even improve, production in the future where heatwaves are expected to be more common. 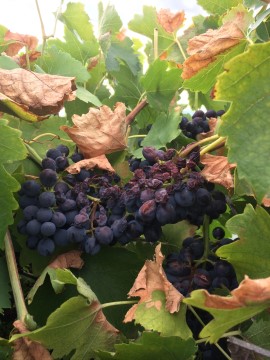 Figure 3. An example of leaf and berry scorching caused by a heatwave.

This article was first published in Profile, the newsletter of Soil Science Australia, issue 186, May, 2018.

Michael Forster, Edaphic Scientific and The University of Queensland