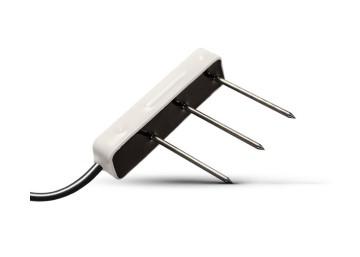 The stainless steel needles are long and narrow, minimizing disturbance in the soil column profile. They can also be installed into intact profiles because of the robust and rugged design. The sensors output volumetric water content. Using the manufacturer’s calibration, the accuracy of the TEROS sensors is 3% or better. Accuracy can be improved with a custom calibration for specific soil types to less than 1% – read the details here and note various methods discussed in this paper.

The METER Group (formally known as Decagon Devices) range of sensors have been cited in over 345 peer reviewed publications on soil columns research. For example, a study used soil water content sensors in a soil column to study methane fluctuations simulating a landfill dynamic.

Many soil column studies not only focus on soil temperature and EC dynamics. For example, a study in the journal Geoderma assessed “the relative importance of water vapour movement under moisture, temperature and osmotic gradients on moisture and energy budget in the presence of salts”. 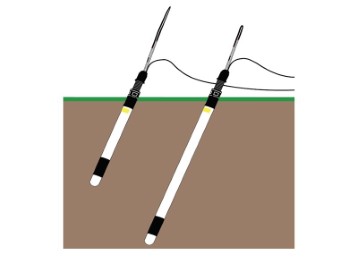 The water potential, or suction, of soils is a critical parameter that is frequently measured in soil column studies. There are two sensors that are ideally suited to soil columns research: the MPS-6 (TEROS-21) Digital Matric Potential and Temperature Sensor; and the TEROS-32 Tensiometers.

The MPS-6 is better suited to studies on drier soils; whereas the TEROS-32 is more suited to saturated soils or inundation studies.

Soil samples can also be taken to measure a wider range of soil water potential with the WP4-C Dewpoint Meter with measurement range between -0.1 and -300 MPa.

The MPS-6 soil suction sensor has been used in many soil columns studies. For example, researchers, publishing results in the Canadian Geotechnical Journal, deployed the MPS-6 sensor in 4m tall soil columns to measure water flow in unsaturated soils. 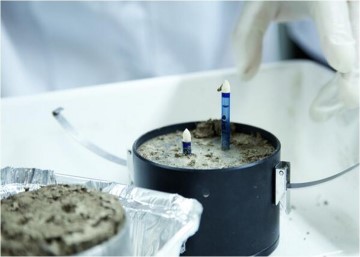 It is possible to measure moisture release, or characteristic, curves on intact soil cores or miniature soil columns.

HYPROP 2 is a fully automated measuring and evaluation system based on Schindlers evaporation method (1980) to determine the hydraulic properties of soil samples.

With tensiometers in two depths the device measures the soil water tension as well as the unsaturated hydraulic conductivity. Additional the volumetric water content is calculated through a continuous recording of weight loss.

With these information the water retention curve can be illustrated.

Continuous measurements of biogeochemical parameters in the field can be extremely difficult. In order to understand biogeochemical process and patterns, scientists and engineers often resort to simulating field conditions in the laboratory via the soil column methodology.

The AMT range of microsensors can measure several biogeochemical parameters including oxygen, pH, hydrogen sulfide, ozone, and hydrogen peroxide. These sensors can be installed at multiple depths within the soil column profile.