what is dissolved oxygen?

Dissolved oxygen (DO) is the amount of oxygen present in a body of liquid solution, usually referring to freshwater or seawater.

“Normal” levels of dissolved oxygen can range between 5 and 14 mg/L. Readings above 18 mg/L are physically impossible.

Watch a You Tube Video on Dissolved Oxygen

why is dissolved oxygen important? 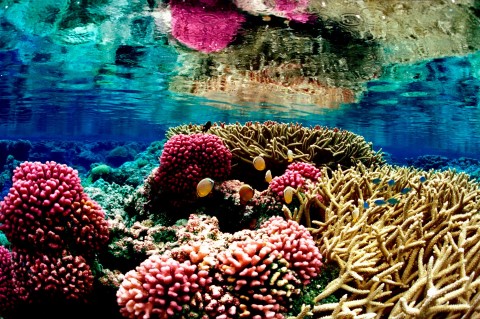 Dissolved oxygen is also a general indicator of water quality for the wastewater industry. If nutrient levels or temperature are too high, then can be a large Biological Oxygen Demand (BOD) leading to increase respiration demand particularly by micro-organisms. Excessive nutrient loading or increase temperature can lead to a rapid increase in growth of micro-organisms that, in turn, can rapidly deplete dissolved oxygen levels in water. This can then effect downstream organisms and processes.

The toxicity of other elements in water can also change with varying levels of dissolved oxygen. For example, toxins such as lead, zinc and copper can double when dissolved oxygen levels fall from 10 mg/L to 5 mg/L.

what can change dissolved oxygen? 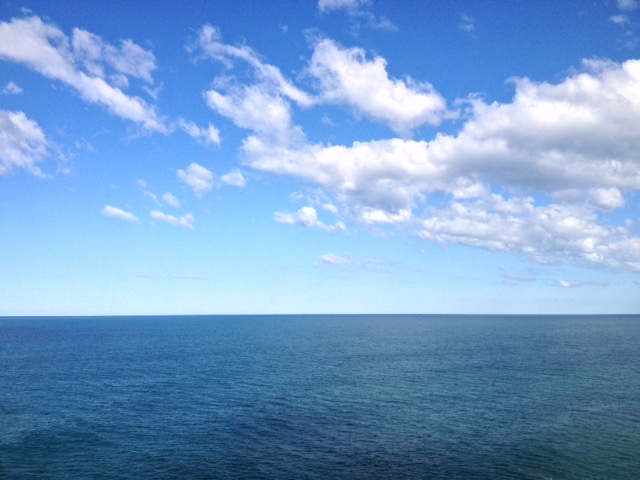 The atmosphere is another important source of oxygen in water bodies. Oxygen from the atmosphere diffuses into water (aeration) and from water (degassing) through Henry’s Law. This gas law states that “At a constant temperature, the amount of a given gas dissolved in a given type and volume of liquid is directly proportional to the partial pressure of that gas in equilibrium with that liquid.”. Therefore, a body of water will always come into equilibrium with the oxygen concentration of the atmosphere.
Watch a You Tube video explaining Henry’s Law:

Temperature – The solubility of oxygen in water is affected by temperature. As temperature increases, oxygen becomes less soluble. The relationship between temperature and dissolved oxygen solubility is directly proportional and can therefore be easily predicted if temperature is known. For example, at 15 C water can dissolve 10.08 mg/L while 30C water can only dissolve 7.56 mg/L of oxygen.

Salts can be any number of ions therefore it is more appropriate to measure electrical conductivity (EC) which is a measure of total ionic activity in a solution. Other ions may include nutrients such as phosphorus or nitrogen.

It is important that salinity, or, more precisely, electrical conductivity, is also measured when dissolved oxygen is measured – particularly in estuaries, tidal rivers, or marine environments.

how is dissolved oxygen measured? 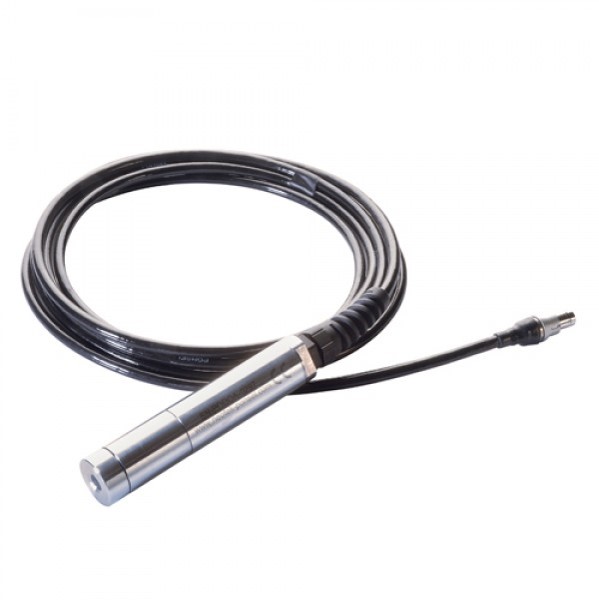 Researchers, consultants, engineers and students need to consider whether an optical or electrochemical sensor is more suitable for their application. Both types of technology are excellent at measuring dissolved oxygen, however they also have their advantages and limitations.

This brief overview of electrochemical versus optical sensors mainly applies to macro sensors that maybe used in the wastewater or aquaculture industries. That is, this comparison does not necessarily apply to the oxygen microsensors and micro-optodes which have their own unique advantages and limitations that are discussed elsewhere.

Leivouri et al (2014) also found that the OPTOD Dissolved Oxygen Digital Optical Sensor was one of the most accurate of all of the dissolved oxygen sensors they compared.

There are a large range of sensors, meters and data loggers available to measure dissolved oxygen. There is not a single sensor or instrument that is suitable for all applications. Rather, sensors are designed for specific applications.

Below is a list of some applications and suggestions for how to measure dissolved oxygen. 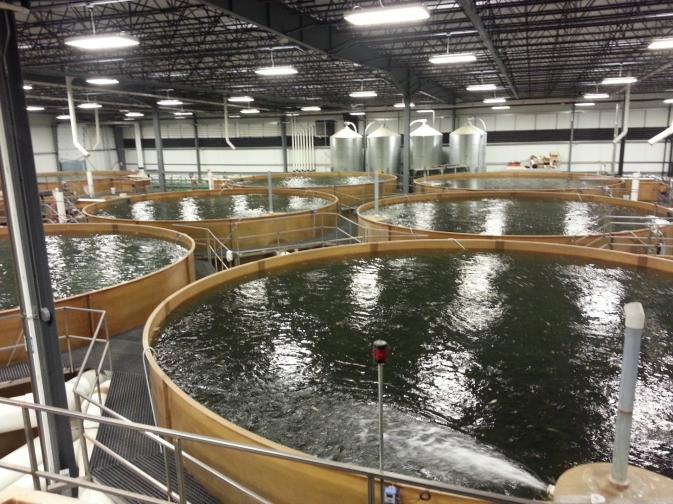 Wastewater Industry –  Portable DO meter is ideal for spot checks and periodic measurements; a digital DO sensor can be connected to a SCADA or telemetry data logging system for continuous measurements, alerts and alarms. A photometer can also be used to measure dissolved oxygen in the wastewater industry. However, using a photometer can be time consuming relative to an optical or electro-chemical sensor.

Scientific research in the field – Deep sea sensors can measure DO down to 4000m depth and can be connected to CTD’s, AUV’s and other underwater craft.

why are there so many different units of measurement for dissolved oxygen?

It is possible for a solution to have dissolved oxygen values greater than 100%. For example, where there is a high amount of photosynthesis and the water body has not come back into equilibrium with the atmosphere. Super-saturation may occur at the bottom of waterfalls or hydroelectric dams where dissolved oxygen can reach over 100%.

mg/L – milligrams per litre is a measure of oxygen content, or concentration, in solution. Dissolved oxygen measurements are widely reported as mg/L however, as discussed above, the concentration value depends on temperature, salinity and barometric pressure. If dissolved oxygen is reported as mg/L, it is always important to check that the value has been corrected for prevailing temperature, salinity and barometric pressure.

ppm – parts per million is equivalent to mg/L and is a measure of dissolved oxygen concentration.

umol/L – micro-molar of oxygen per litre is a unit of measurement commonly used in marine science and oceanography. umol/L factors in the molecular weight of oxygen for concentration measurements.

how to convert between dissolved oxygen units of measurement

Convert from pO2% to mg/L – Temperature, salinity and barometric pressure must be known. Use Henry’s Law to calculate dissolved oxygen from temperature and salinity. Or, use an oxygen solubility chart to find correct dissolved oxygen value. 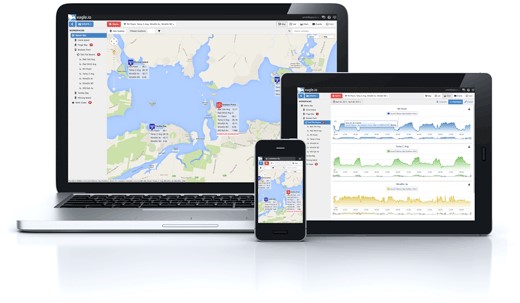 At Edaphic Scientific we want to work with you from the start of your project through to its completion. We can provide:

Edaphic Scientific recognises the need for flexible and adaptable sensor and data logging solutions for experimental or environmental monitoring projects.

You can connect dissolved oxygen sensors to our data logging systems, or we can assist you in connecting the sensors to your existing PLC or SCADA system. 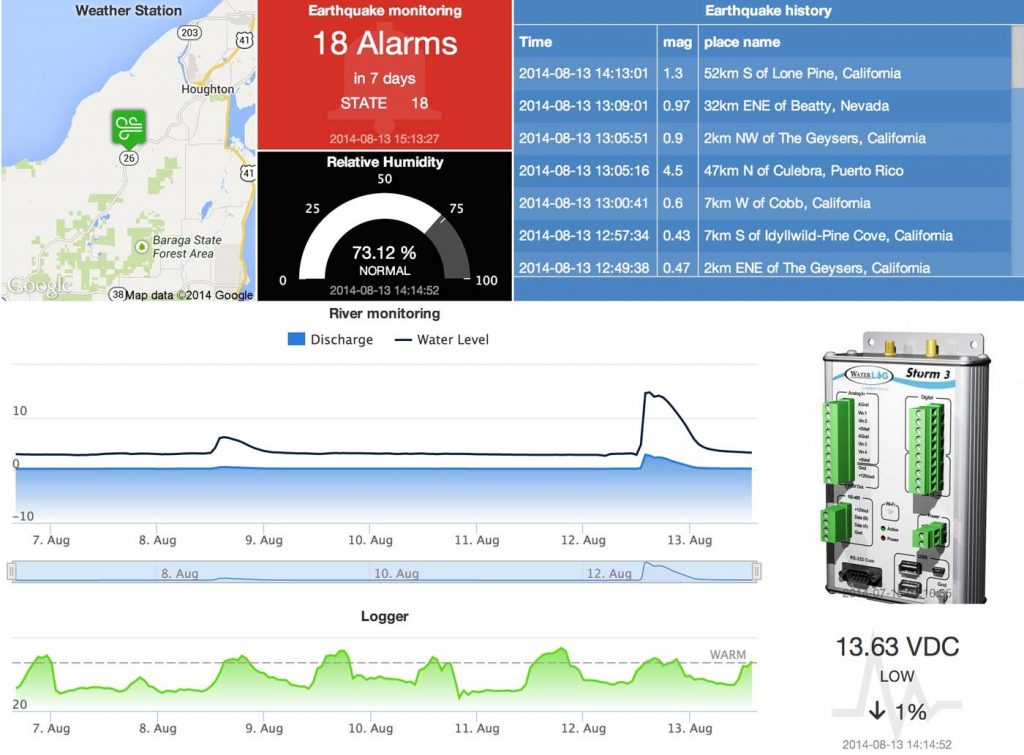 Data can be collected directly from logging units with a USB download cable or remotely, anywhere in the world, via the mobile phone network and an internet connection.