The dielectric constant (Ka) is the ratio of the permittivity of a substance to free space. The value of Ka in air is 1 and in water Ka is approximately 80.

Many materials have an ε or Ka. For example, the Ka of glass is between 5 and 10, the Ka of paper is between 2 and 4, and the Ka of body tissue is approximately 8. 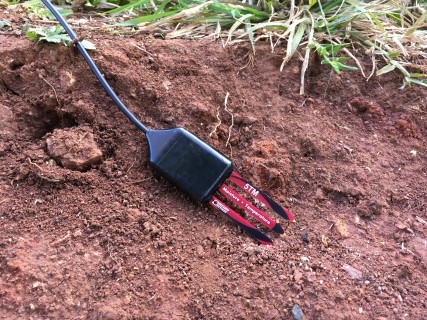 A capacitance sensor, such as this 5TM Water Content and Temperature Sensor, estimates soil water content via the dielectric permittivity and constant of the air, soil and water matrix.

Soil water content sensors, such as capacitance sensors and time domain reflectometry (TDR) sensors, measure the dielectric permittivity of soil and water to estimate soil water content. As the Ka of air is 1, pure water is 80, mineral soil is around 3, then there is a gradient between pure air and water, with a soil mixture, from very dry to very wet. Therefore, there is a gradient in Ka from dry to wet soil and this gradient can be measured via electromagnetic methods. A measured value of Ka can then be converted to % volumetric water content via a calibration equation. 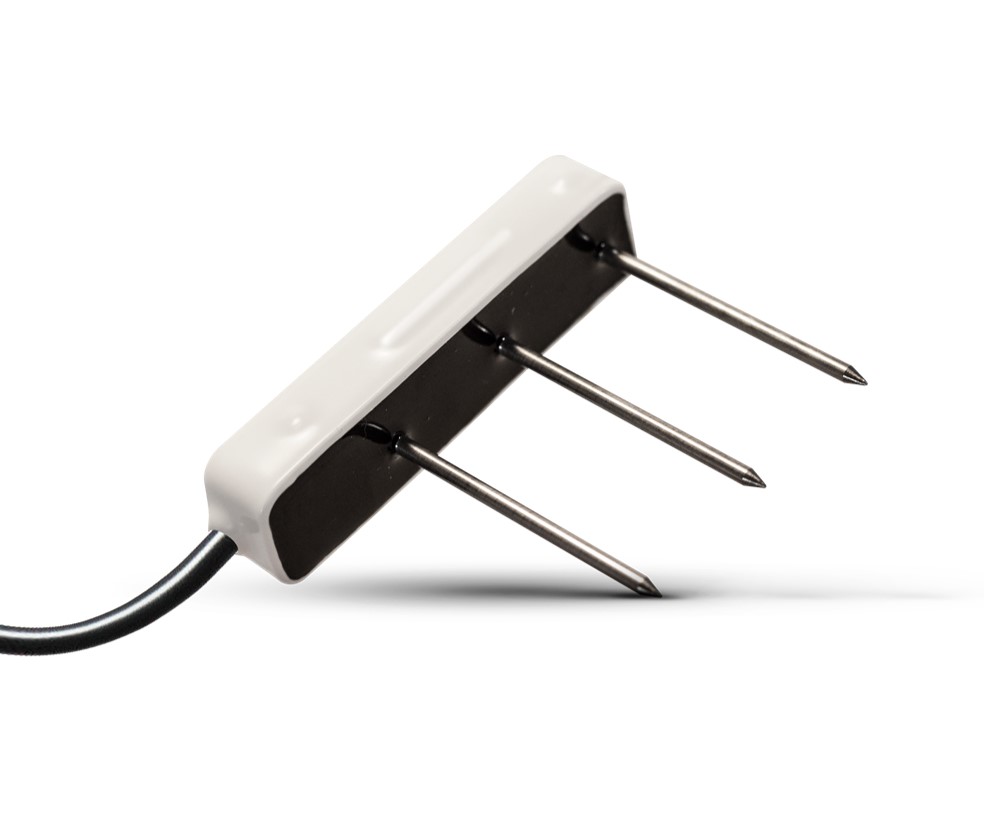 Therefore, the sensor can be installed in any substrate, including mineral soils or soilless substrates, and the dielectric permittivity of that substrate can be directly measured.

The TEROS-12 is easily supported with the Procheck portable handheld meter. Alternatively, the TEROS-12 can be supported by a system designed and installed by Edaphic Scientific that can measure related parameters such as drainage, hydraulic conductivity, weather parameters, or vegetation/plant physiology parameters.